Good Morning Malacca! All of us woke up early this morning feeling fully rested and raring to explore our environment since we got in very late last night. The program for the day was to cycle to Malacca Town which is about 32km away and spend the time exploring the city. Also since it was a Friday, we wanted to perform our Friday prayers at one of the oldest mosque in Malacca Town, the Kg Kling Mosque.

After we arrived, Nazry and Abg Syaaban went out last night to eat some “lempeng” which is a local delicacy similar to a crepe or pancake and eaten with “sambal” spicy dish made with lots of chili.

Their account of how good the “lempeng” was made our mouths water and we were all set to get hold of some “lempeng” for breakfast.

We went to a food stall not far from Abg Syaaban’s house facing the beach. Unfortunately, no “lempeng” today. We were so disappointed (this frustration with finding “lempeng” will become a continuing theme even in our next adventure to Kuala Rompin, Pahang) so we had to make do with whatever else the stall had that morning.

(Find out the recipe for making lempeng here)

We decided to travel light today and left all the panniers and tents at Abg Syaaban’s house and I just brought a spare tube, a bicycle pump and some tool in case any of the bicycles break down today. Since all the other bikes were 26″ while mine was the only 700c, I would not be able to share tube with them.

On the way out we stopped to top up on our water bottles.

From Pengkalan Balak we cycled past Terendak, Sungai Udang, Klebang before we finally arrived at the center of Malacca Town. 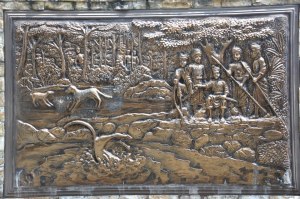 How Melaka got its name

Malacca Town is a recognized as a UNESCO World Heritage City being a historical city in South East Asia with major influences of the Portuguese, Dutch, British and Japanese occupation in its long and illustrious history as an important trading port of the olden days. (Read the full background on Malacca Town here) 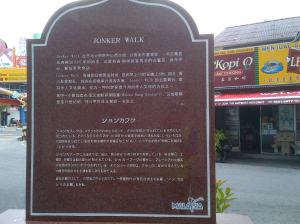 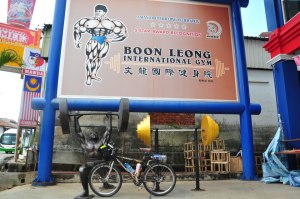 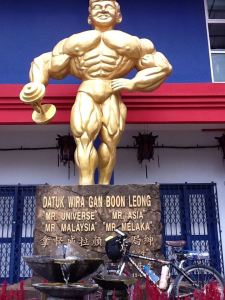 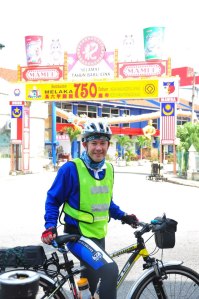 We visited the of fort A Famosa, what ever left of it. 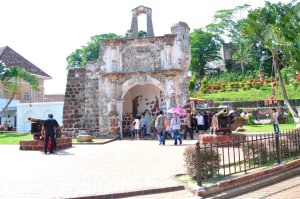 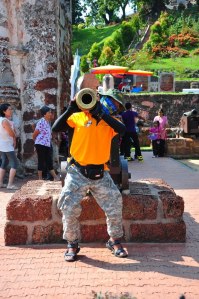 The Clock Tower in the Town Center; 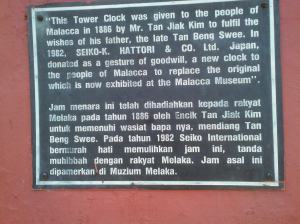 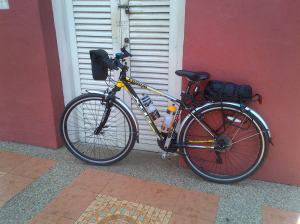 Sungai Melaka, where the site of the original trading port used to be 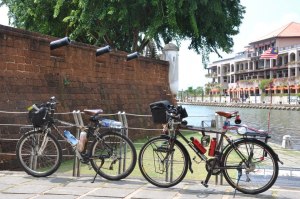 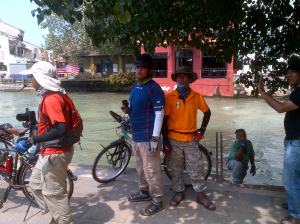 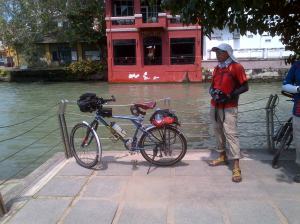 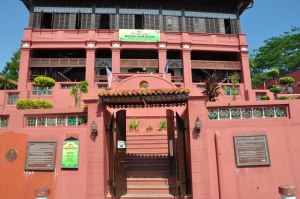 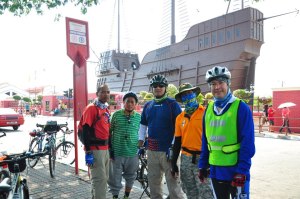 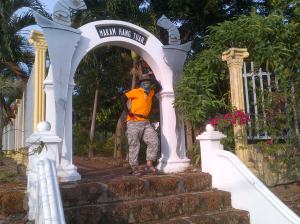 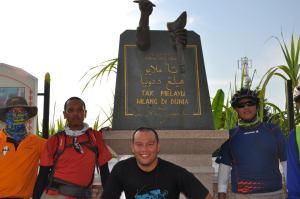 And took picture with another biker wielding a fake samurai sword

Honestly if you asked me, the real highlight of the whole trip to Malacca Town and back to Pengkalan Balak to me was actually waiting for us back in Klebang. 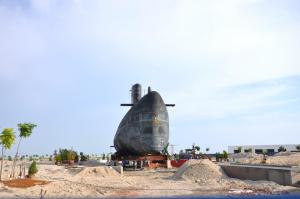 No, it wasn’t the submarine on the beach that attracted us to Klebang; it’s the famous Klebang Coconut Shake! 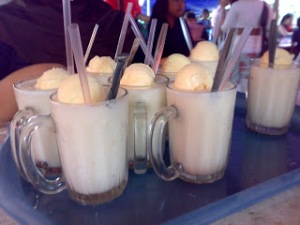 The stall is always full with people so be prepared to queue and wait for a long time before you get your orders. 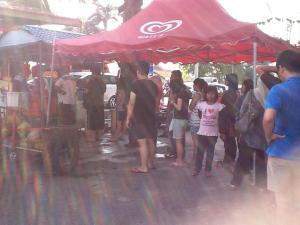 The Klebang Coconut Shake is made only from Kelapa Pandan Wangi and the taste is out of this world.

Visit Malacca for its “Lempeng” and “Klebang Coconut Shake”. Worth every kilometer you have to cycle to get there 🙂

So far our trip from Putrajaya had been incident-free however while cycling back from Klebang to Pengkalan Balak, Abg Syaaban’s rear tyre caught a puncture going downhill not far from the Sungai Udang army camp. It was a good thing I had my bicycle pump with me. 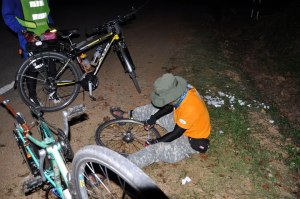 By the time we arrived at Pengkalan Balak it was already dinner time. We had Thai and seafood dinner and good conversation recounting our experience today. Once again, we slept in the living hall of Abg Syaaban’s house. Hopefully my tent will see some action as we head back to Port Dickson tomorrow. Good nite.

3 thoughts on “Bike Touring in Malaysia : Day 2 Pengkalan Balak to Malacca Town and back (62km)”